After letting just celebrities and journalists on its Periscope competitor for a few months, Facebook today began testing its Live streaming video broadcasting feature with average users on iOS in the U.S. What’s different from Periscope is that only close friends will receive notifications about broadcasts, and afterwards, replay videos are automatically saved and remain permanently visible.

The expansion of Live is part of Facebook’s push “to help friends and family feel like they’re in the moment with you”, according to Product Managers Vadim Lavrusik and Thai Tran.

Along the same lines, Facebook too unveiled a new sharing format which lets you post multiple photos and videos as tiles in what it calls Collages. Think of it like the multi-photo stories people could share on Facebook, but with videos too, and options to resize each white-bordered tile like in Instagram’s standalone app Layout. You can see an example on Tran’s Facebook profile here. Collages are coming to iOS starting today and Android next year.

Both Live and Collages show Facebook’s willingness to adopt whatever sharing mediums are popular in order to stay relevant, no matter whether it’s criticized for copying.

That’s why it’s also testing a new drop-down menu for posting that lets you choose between different content types. It has room for more features as Facebook builds, like 360-degree video, which can now be played in the News Feed.

Meerkat and Periscope made mobile live streaming seem like the most urgent, raw way to share. Now Facebook is baking that functionality into the News Feed where people spend their time, rather than a side app like Twitter’s acquisition Periscope.

But Facebook is hoping to avoid some of the early notification overload by easing users onto Live. First it only let VIPs and then other public figures use it, which helped teach people what’s important or interesting enough to stream. Now it’s slowly rolling out tests of Live so that everyone doesn’t flood the News Feed with crappy “Hello World” streams at the same time. Then it’s only sending alerts about broadcasts if you’re a close friend or voluntarily subscribe.

Over the past few months since Periscope launched in April, Twitter hasn’t wanted or been able to build the viewing or broadcasting experience into its main app. Facebook is betting that putting Live broadcasting and viewing abilities where people already spend more time on mobile than anywhere else will let it leap-frog Twitter. But the early popularity of Periscope and the way the word has become a verb meaning ‘to mobile live stream’ will leave Facebook looking like a clone. 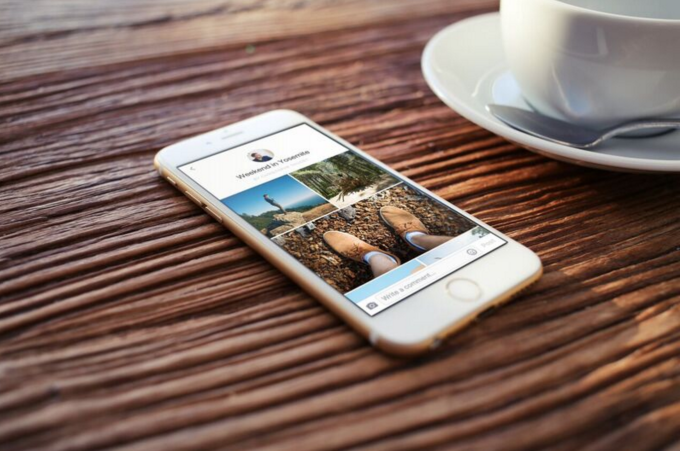 Meanwhile, collages made with apps like PicStitch grew to represent 1 in 5 photos shared on Instagram. So naturally, Instagram made its own collaging app Layout, and now Facebook is baking the feature into its photo uploader with the added bonus of videos.

To make a Collage, go to upload a photo and Facebook will give you the option to pick multiple pics and videos. It will then automatically turn them into a Collage, though you can resize and re-order the tiles to highlight what you want. While viewing, videos auto-play, and you can scroll down normally or click an arrow button to jump down to a new screen full of content.

As it’s competing against the immersive, full-screen experience of Snapchat, Facebook must do whatever it can to make its feed feel vibrant. Live and Collages will go a long way.